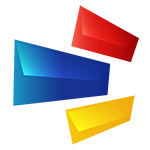 Enjoy live views overlooking Northern Avenue, Yerevan city, Armenia. Northern Avenue first conceived by Alexander Tamanyan, is a pedestrian avenue in Yerevan, linking the Opera House with Republic Square. Northern Avenue consists of apartments, restaurants, shops and offices. Although it was planned in the earlier part of the 1900s, and no construction was allowed in this section of the city, the actual plan was never implemented during Soviet times. A decade after the collapse of the Soviet Union, the city of Yerevan decided to begin construction on the avenue.